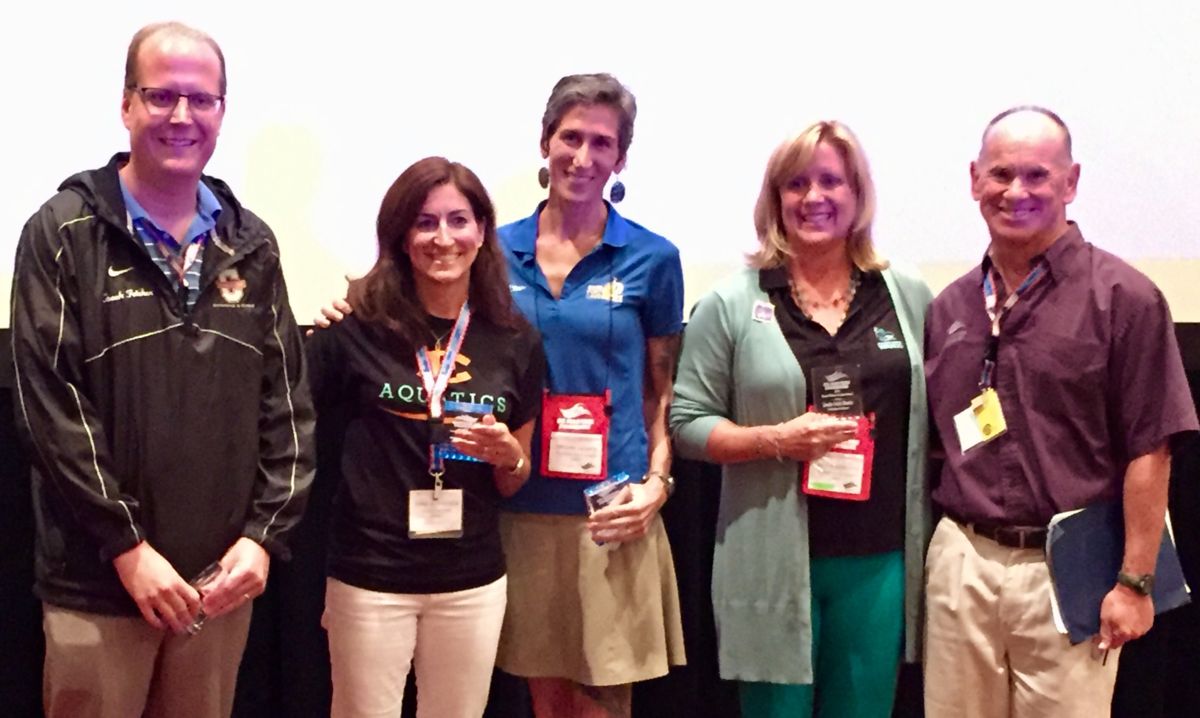 U.S. Masters Swimming has concluded its annual meeting during the United States Aquatic Sports Convention. In addition to committee meetings and rules and legislation reviews, USMS held at-large director elections and honored many of its deserving volunteers with service awards.

The Capt. Ransom Arthur M.D. Award is given annually to the volunteer who epitomizes the spirit of Capt. Ransom J. Arthur, the founding father of U.S. Masters Swimming. In 1970, Capt. Arthur envisioned lifelong fitness and lifestyle benefits for adults through aquatic training and competition. Each year, the recipient of the Ransom J. Arthur award has demonstrated top-tier commitment and dedication to the mission of USMS. This year’s recipient is Nadine Day (Indiana).

Each year USMS honors a coach who exemplifies the highest standards in Masters coaching, including growth and development of Masters swimming with an all-inclusive approach, one that welcomes swimmers of all levels and abilities. This year’s USMS Coach of the Year is Scott Bay (Central Florida YMCA Masters).

The June Krauser Communications Award is presented annually to an individual or group whose communications efforts have contributed to the growth, improvement, or success of U.S. Masters Swimming. The award is named for June Krauser, the author of USMS’s first official rulebook and a prolific writer and editor of many newsletters and other publications in the Masters swimming world. This year’s recipient is Karlene Denby (Gulf).

U.S. Masters Swimming considers club development a priority, and recognizes a local and a regional club every year with the Club of the Year Award. Masters swim clubs that do the most to promote the values and mission of U.S. Masters Swimming, not only in their communities, but also at the national level, are candidates for this award. This year’s Local Club of the Year is Palmetto Masters (South Carolina).

Lastly, the Ted Haartz U.S. Masters Swimming Staff Appreciation Award is named in honor of Ted Haartz, a leader in U.S. Masters Swimming since 1970. Ted helped establish the foundation for USMS’s evolution into a professionally-operated organization. The award celebrates our volunteer roots, as well as our future, specifically by recognizing one volunteer each year who demonstrates excellence in assisting and supporting the National Office staff with its professional duties of serving our members and promoting Masters Swimming. This year’s recipient is Dr. Jim Miller (Virginia).